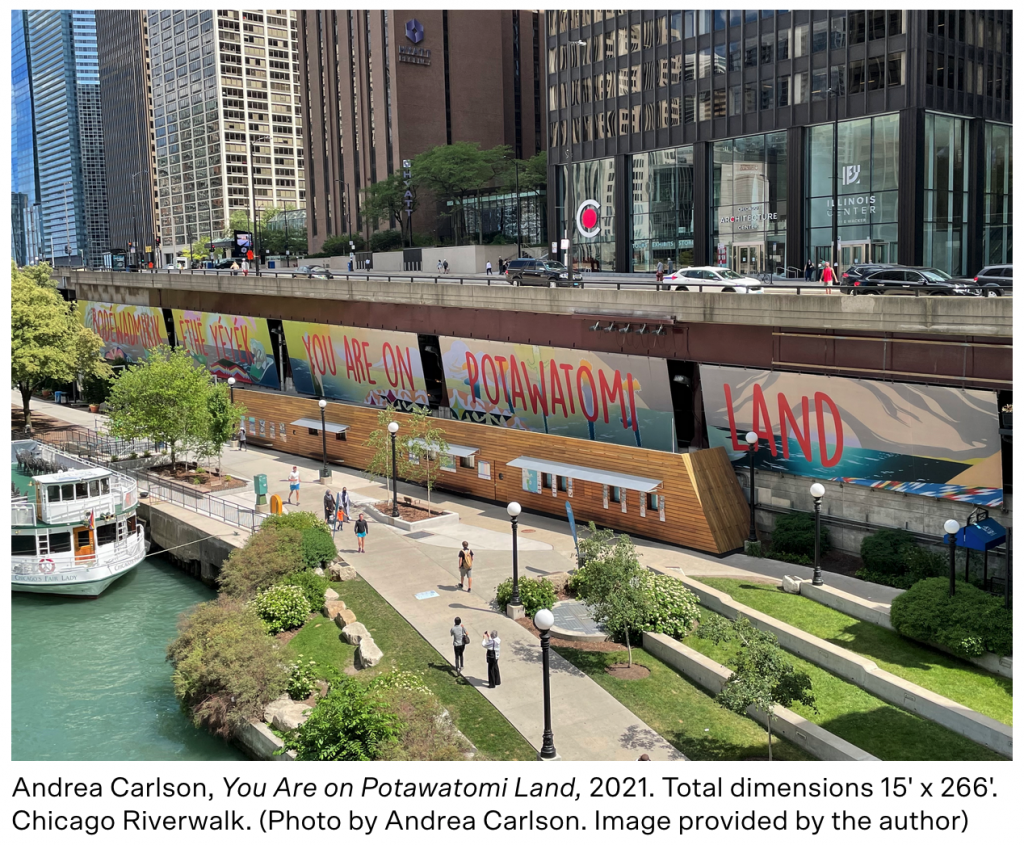 Andrea Carlson presented a site-specific large-scale (15’x266’) installation along the Chicago Riverwalk entitled, You Are on Potawatomi Land (2021). The sheer scale of the work required walking to take in the full text: “Bodéwadmikik ėthë yéyék – You are on Potawatomi land,” and it was situated on a recognized public walking space. The site of the work is near the former sandbar in the Chicago River that lends its name to the Sandbar Decision, a US Supreme Court case that “denied the Pokagon Band of Potawatomi ownership of the unceded land that was built into the lake by settlers.” In Carlson’s words, this work is “… meant to reaffirm Native people where they live and where they seem invisible, which is often the case in urban environments.”