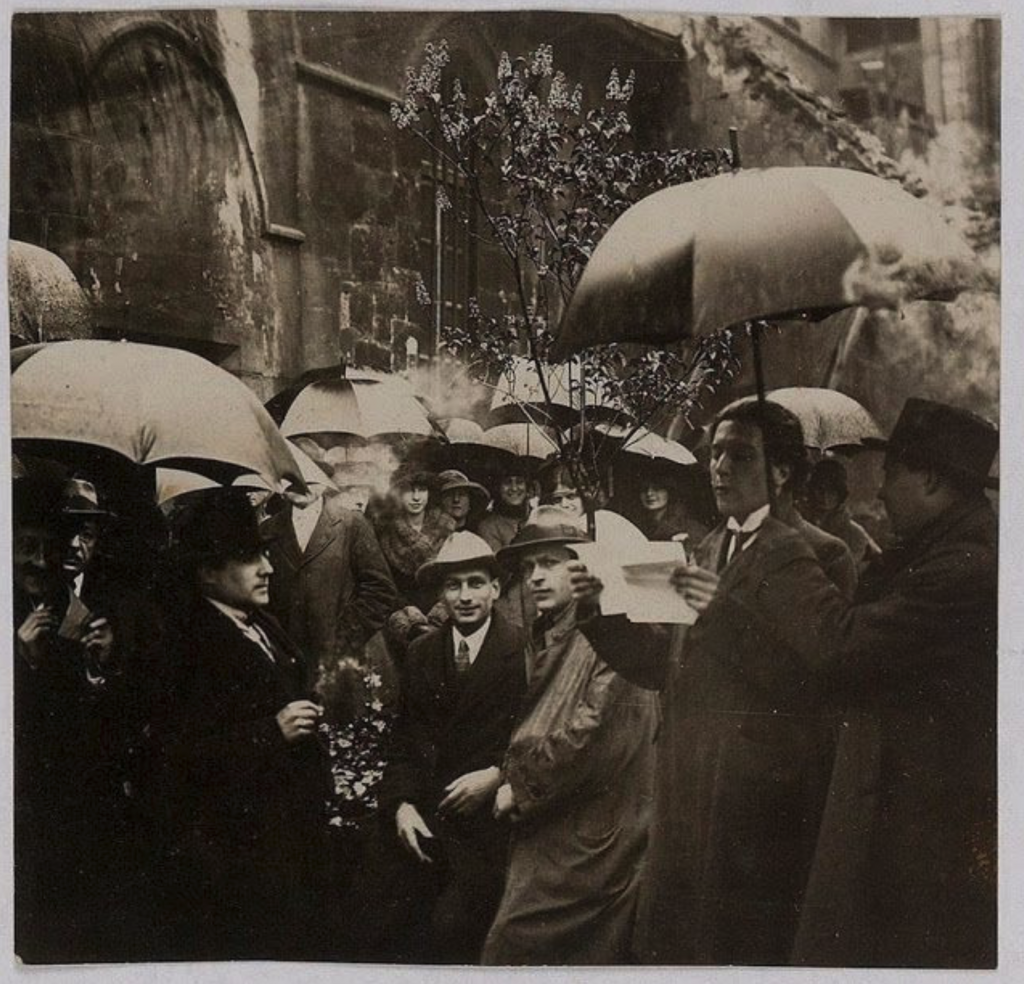 Shortly before the Dada group broke up, they advertised a series of excursions to “places that have no reason to exist.” (see poster below)  These were banal places; they didn’t count the picturesque, historical interest, or sentimental value.

These trips were a way of rejecting art’s assigned urban spaces. They saw these trips as anti-art or a negation; a type of urban readymade that values spaces, actions, and experiences over objects. The dadaists wanted the total secularization of art to achieve a union between art and life, and the sublime and the quotidian. They took flânerie and raised it to the level of an aesthetic operation.

“Only one such field trip came to pass on April 14. At 3 p.m., a gaggle of Dada devotees met in the nondescript churchyard of Saint-Julien-le-Pauvre. André Breton read a manifesto and Georges Ribemont-Dessaignes parodied an official tour guide, reading arbitrary definitions from a dictionary as keys to monuments in the church yard. A scheduled auction of abstractions was cancelled due to rain, and a porcelain-repairer and peanut-seller orchestra never performed because they never showed up.”

The Dadaists understood the entertainment system of the tourism industry, which turns the city into a simulation of itself. They wanted to draw attention to this cultural void and celebrate banality or the absence of meaning.

“A month after the performance, André Breton wrote off the event’s failure, charging the audience’s expectations of and saturation in Dada antics with rendering them innocuous.” (credit; Claire Bishop, “Artificial Hells”, 66-70) 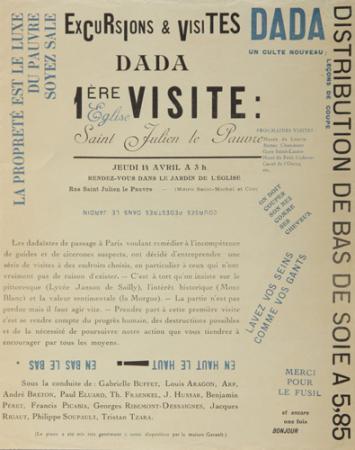 “It was not a success, and remained the sole example. However they had an influence on getting people to look and look again, to notice and how to notice what you notice, daring to leap into the abyss and explore things in a different way.” (credit) 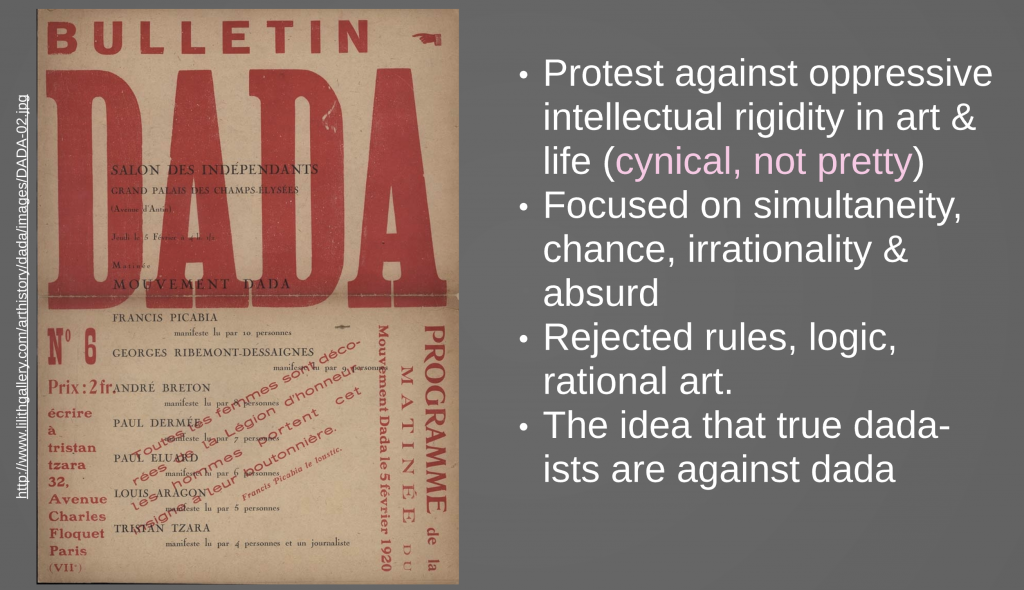