The Midnight Run is a registered social enterprise. Like traditional businesses we aim to make a profit but what sets us apart is that we aim to – reinvest or donate those profits towards creating positive social change.

The Midnight Run is a walking, night-time, arts-filled, cultural journey through a city and a typical Midnight ‘Runner’ has a healthy sense of adventure and seeks experiences beyond the mainstream. It is partially influenced by The Situationists – a political and artistic movement between 1957 & 1972 – started in France. Founders of the movement were tired of the commercialism of art and consumerism and wandered city streets in typical post-war bohemian fashion seeking REAL experiences.

Accordingly, The Midnight Run seeks to negate the frenzy and hysteria of mass media, pop culture, hype and reality T.V. for actual reality, for the simplicity and intimacy of walking and talking. Our idea is to reclaim the streets of a city, to dispel the idea of ‘danger after dark’ instead to ‘discover after dark’. It is to grow urban communities, situate meetings of strangers, for relationships to blossom, to inhabit the confines of glass, concrete, steel and structure as a child does a maze: with natural play and wonderment.

“During those early Midnight Runs, I’d run writing workshops and poetry exercise specific to locations we visited. After, I’d ask participants to share their writing and I noticed how it created new spaces for communication and conversation. Essentially, I stumbled across a simple way to deepen group dynamics and our appreciation and understanding of each other.”

“Over time I invited artists/activists of various disciplines to run workshops thereby widening the scope of this interaction. Artists/activists are often plugged into fascinating networks and know great spaces worth visiting for playful or aesthetic reasons. Searching for outdoors spaces to compliment their art forms made planning Midnight Run routes vastly more interesting… the artists work on several levels.” — Inua Ellams, Founder

But WHY JOIN A MIDNIGHT RUN?

50% of the world’s population live in urban environments. Despite growing population density we face issues of loneliness, depression and economic polarisation… because of global immigration and gentrification, many cities are rapidly losing their local, historical and communal identities in a land-grab for commercial space. These new paradigms favour younger, faster, richer members of societies, paradigms that are increasingly hostile to the youth and older members of societies.

The Midnight Run experience counters these issues by slowing urban life to talking, playing and creating within various urban spaces. Because the event is for one night only with strangers, participants are afforded anonymity and can attend without any danger of judgement or consequence. By inviting artists of diverse practices, we encourage participants to step out of comfort zones and exercise their creative muscle. By inviting local artists who inform the route, we ensure what is experienced on the night is specific and true to the locality, the inhabitants and their environment.

The ground-breaking idea behind the Midnight Run is a return to simplicity, to entertain without entertainment, to trust in community and conversation, to rediscover our essential creative selves.

Born in Nigeria in 1984, Inua Ellams is an internationally touring poet, playwright, performer, graphic artist & designer. He has published three pamphlets of poetry including ‘Candy Coated Unicorns and Converse All Stars’ and ‘The Wire Headed-Heathen’. His first play ‘The 14th Tale’ was awarded a Fringe First at the Edinburgh International Theatre Festival and his third, ‘Black T-Shirt Collection’ ran at England’s National Theatre. In graphic art & design (online and in print) he tries to mix the old with the new, juxtaposing texture and pigment with flat shades of colour and vector images. He lives and works from London, where he founded The Midnight Run.

Inua hails from the Hausa tribe in Northern Nigeria, a people synonymous with a nomadic tradition. The Midnight Run came from this tradition, his search for a community to belong to, the transience and transformation of travel, and a belief in the bridge-building ability of arts and artistic interaction.

The Midnight Run was found in 2005 by award winning poet and playwright Inua Ellams. In 2011 The Midnight Run embarked on a collaborative partnership with CCT-SeeCity, founded by Elena Mazzoni Wagner in Prato, Italy. This marked the beginning an expansion across Europe. To date Midnight Run events have commissioned in Manchester, London, Leeds, Milan, Firenze, Barcelona, Madrid & Auckland.

WHO WE WORK WITH. 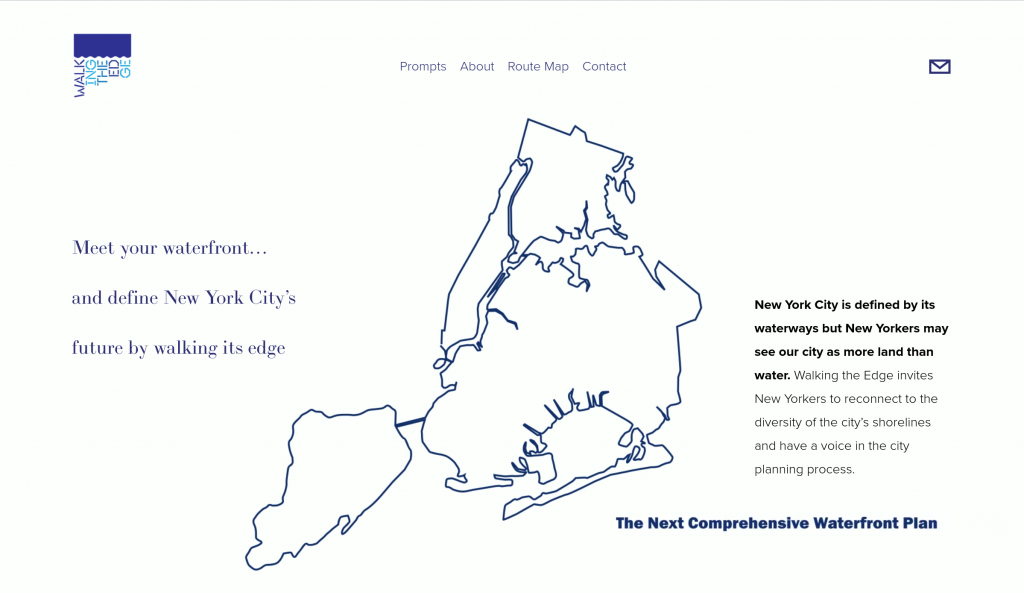 “Walking the Edge invites New Yorkers to reconnect to the diversity of the city’s shorelines and have a voice in the city planning process. Walking the Edge uses walking to encounter, reflect upon, and see places anew. Walking the Edge is a collaboration between arts organizations Culture Push and Works on Water with the NYC Department of City Planning. Due to Covid-19, we transitioned to online platforms for this project. See walkingtheedge.nyc for more information.”

Via Qualmann: The Walking Artists Network was established in 2007 to bring together ‘all those who are interested in walking as a critical spatial practice’. From 2012-2015 I led an AHRD funded project to extend the network internationally, and I continue to facilitate its online presence and occasional in person events. Find out more and join the network at: http://www.walkingartistsnetwork.org/