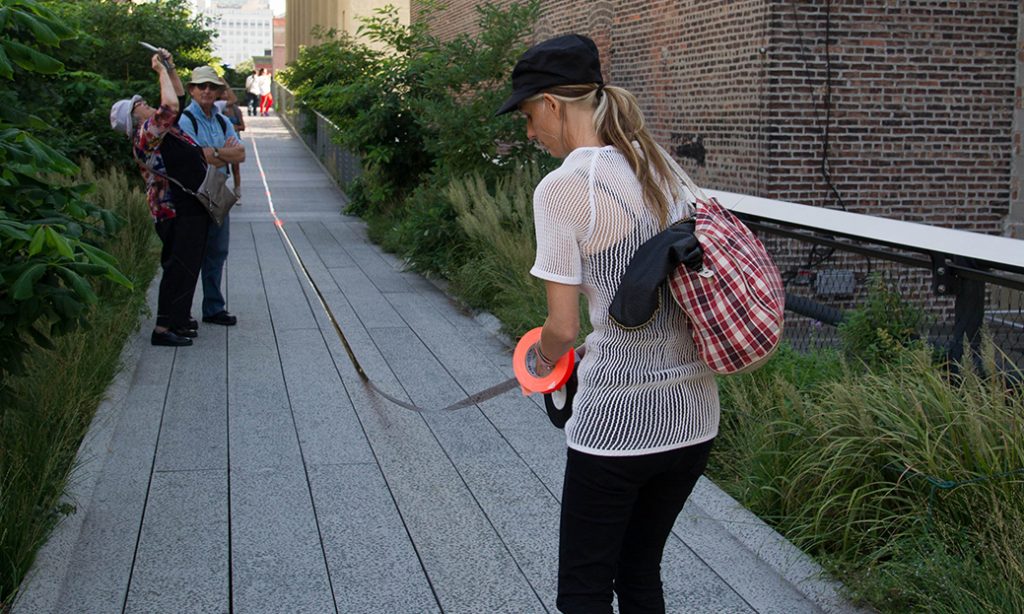 “Location: Entire length of the High Line, from Gansevoort to West 30th Streets

Jennifer West is known for using unusual materials to alter her films, drawings, and collages. She has used coal-tar dye, eyeliner, whiskey, hot sauce, deodorant, and even skateboard wheels. For the High Line, West has staged a public performance by taping a one-mile-long 35mm filmstrip to the High Line pathway for one day during park hours. The thousands of visitors to the High Line that day are invited to leave their mark on the filmstrip with their shoes, heels, and hand prints to etch the film with the walkway’s many surfaces. Visitors are encouraged to wear stilettos, tennis shoes, combat boots, bare feet, or other shoes that to significantly alter the film. After the performance, the filmstrip will be treated with related materials and actions, a signature of West’s work.

The 59-minute filmstrip features images shot by West and her crew in June 2012 of New York locations typically not accessible to the general public. The film also features performances by two New York-based Parkour artists, Thomas Dolan and Vertical Jimenez. Best known for their ability to spontaneous run through urban environments and rooftops, their flips, jumps, rolls, and handstands were double-exposed over images shot around the High Line.

After the performance, the marked-up film will then be transferred to high definition digital format and shown on the High Line in October. 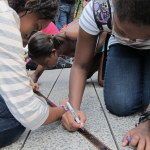 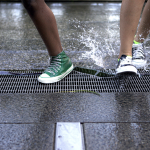 Splash Dance
9:00 – 10:00 AM
Diller – von Furstenberg Sundeck & Water Feature, on the High Line between West 14th and West 15th Streets
Elementary school students from Public School 3 in the West Village perform a playful dance to tunes by legendary pop star Michael Jackson. The same dance will be performed twice over the course of the hour.

Parkour Performance
9:00 –10:00 PM
On the High Line under The Standard, New York
Parkour dancers, called traceurs, will perform on the celluloid film strip, which contains images of the same traceurs performing in other locations at the High Line. Parkour is type of physical activity focused on effortlessly maneuvering around obstacles with speed and efficiency.