“Formed in New York City in 1987, the AIDS Coalition to Unleash Power (more commonly known as ACT UP) brought widespread attention to the AIDS epidemic and helped make significant advances in AIDS research.

ACT UP’s first-ever demonstration in 1987 — as well as three others in 1988, 1989, and 1997 — took place on Wall Street, the world’s leading financial center, and targeted pharmaceutical companies that were profiteering from the epidemic.” (credit)

While not all ACT UP actions included walking and marching, their 10th anniversary demonstration did: 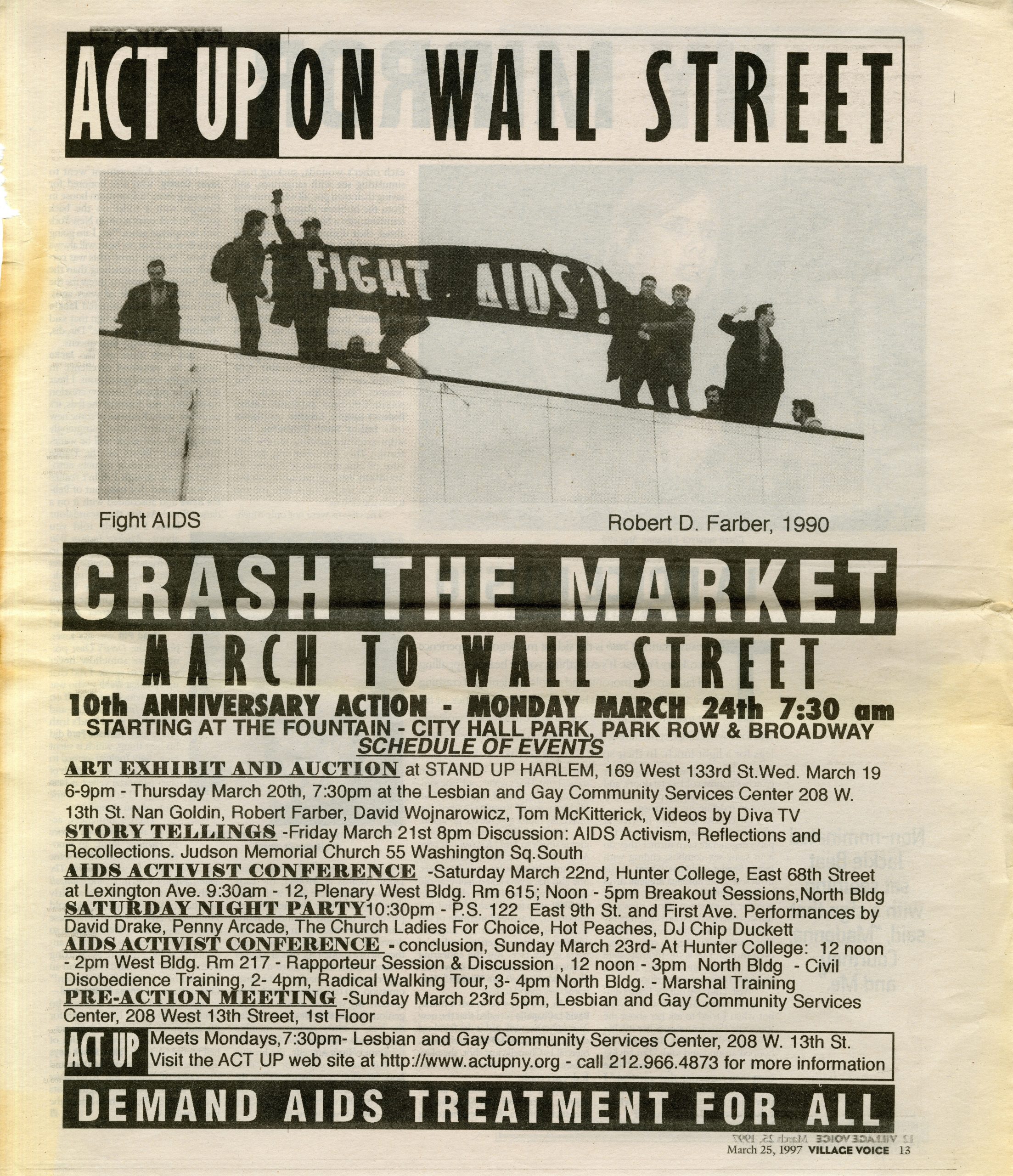 Newspaper advertisement for a 10th anniversary march organized by ACT UP. The ad appeared in the Village Voice, March 25, 1997 issue, and features a black and white photograph taken by Robert D. Farber in 1990 called “Fight AIDS.” The photograph features several men holding a banner that says “Fight AIDS!” on the roof of a building.

“Tenth Anniversary of the 1987 Demonstration
On March 24, 1997, the ten-year anniversary of ACT UP’s first demonstration, the group returned to Wall Street. The action, called “Crash the Market,” again protested the profiteering of pharmaceutical companies, but also cutbacks in Medicaid funding. ACT UP chapters from New York, Los Angeles, San Francisco, Atlanta, Washington, D.C., Las Vegas, Philadelphia, and Oberlin, Ohio, brought over 500 activists, who gathered at 7:30 a.m. by the fountain in City Hall Park. They then marched south to Wall Street, chanting “We die — they make money” and “Wall Street trades on people with AIDS!” Demands for Congressional hearings on the price of AIDS drugs were also made. Protesters rushed the doors of the Stock Exchange or sat down in the streets. During the demonstration, 73 people (mostly women) were arrested for acts of civil disobedience.” (credit)