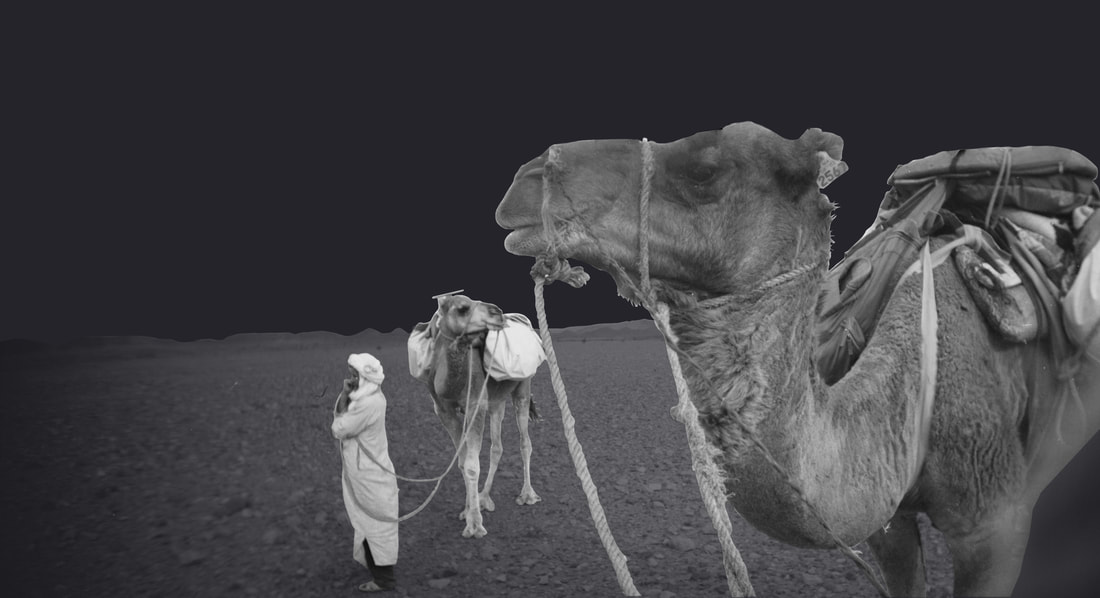 Marsad Drâa (founded by Carlos Pérez Marin in 2013) is a transdisciplinary research group (university students and professionals from Morocco and abroad) studying lifestyles and cultures of desert regions as a way to better understand contemporary challenges related to sociology, architecture, agriculture, urban planing, visual arts, performing arts, history. Given the complexity of the disciplines, teams are usually multidisciplinary (architects, artists, engineers, biologists, sociologists, historians, archaeologists …) and they always work in association with local associations. Thus, they organize workshops (sometimes virtual ones on the Internet) in several regions of the Moroccan desert, with the aim of providing solutions to contemporary issues, based on tangible and intangible heritage.

“project Qafila is a (open) transdisciplinary research platform on Saharan caravans founded by Marsad Drâa that develops a series of practical researches on caravans with several aims: to learn about nomad ways of life nowadays, to walk through the routes used by caravans from the 8th to the 20th centuries, to​ analyze the caravan heritage and the actual situation from a contemporary perspective in the Sahara desert.” [credit] 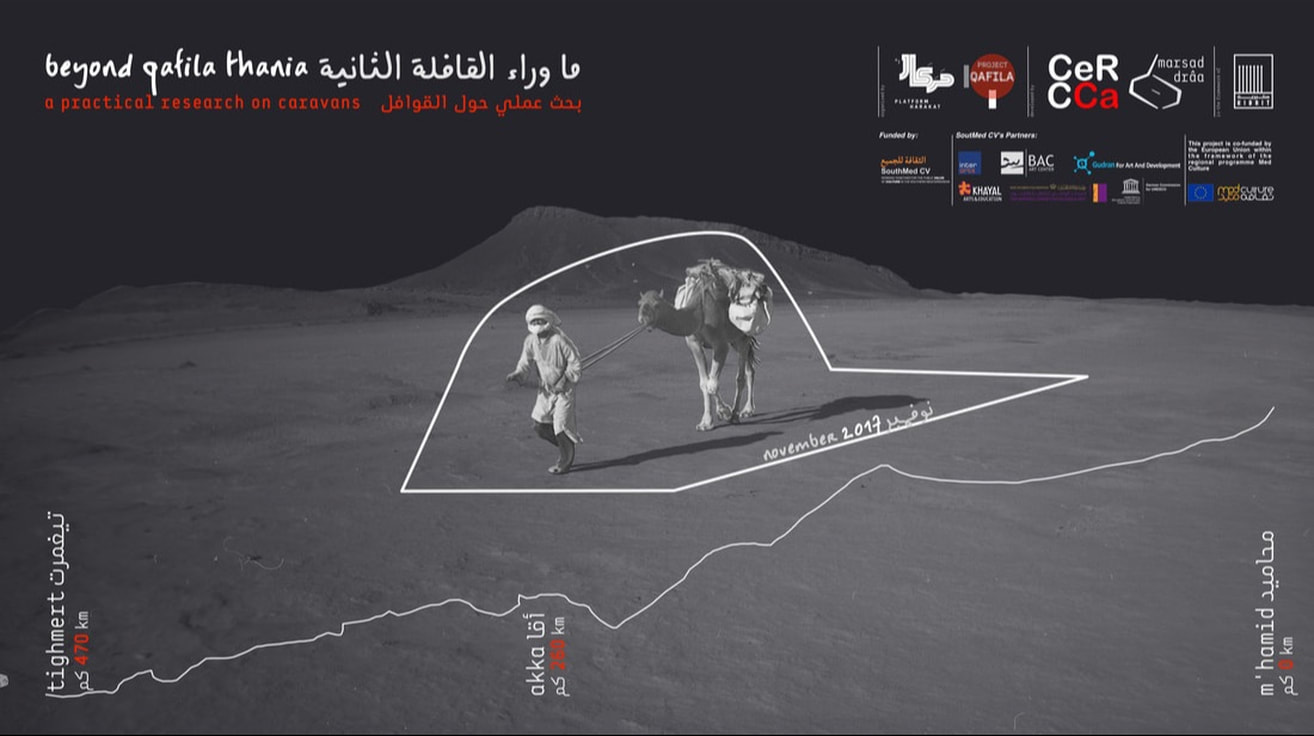 “Beyond Qafila Thania brings together researchers from Sudan, Morocco, Spain, Italy and the Netherlands researching in architecture, sociology and the visual arts actively approaching the cultural, social and geopolitical space of the Sahara desert. Tracing back the stories of the old caravans, learning about its influence in current day cultures and societies.

Beyond Qafila Thania facilitates an inspiring frame to exchange and research further on the participants on going projects focusing on topics such as contemporary nomad culture and architecture, current immigration routes, history of slave trade, race issues  [and the concept of blackness],  and trans-Saharan book trade and the mobility of Knowledges within the Mediterranean, Sahel and West Africa.

– Research and archiving.
– Site visits: Departing from Marrakech to Agdz with research visits to different oases, kasbahs and ksars between Agdz and M’hamid El Ghizlane (22nd to 27th October 2017).
– Attendance at the Taragalte Festival, a gathering of musicians from the Saharan region, Morocco, Algeria, Mauritania, Mali and Niger (27th to 30th October 2017).
– A nomadic walking residency from M’hamid to Akka (30th October to 10th November 2017) and from Akka to Tighmert (11th to 23rd November)
– Beyond Qafila Thania Round table in Le18, Marrakech (13th November 2017)
– Presentation of the project as part of KIBRIT Final exhibition and publication event  (15th December 2017).

The participant artists and researchers selected to be part of Beyond Qafila Thania are Amado Alfadni (Sudan), M’barek Bouhchichi (Morocco), Pau Cata (Catalonia),  Carlos Perez Marin (Spain) and  Heidi Vogels (The Netherlands). For the first stage of the project they will be joined by Olì Bonzanigo (Italy), Laila Hida (Morocco), Francesca Masoero (Italy) and Leire Vergara (Spain).” [credit]