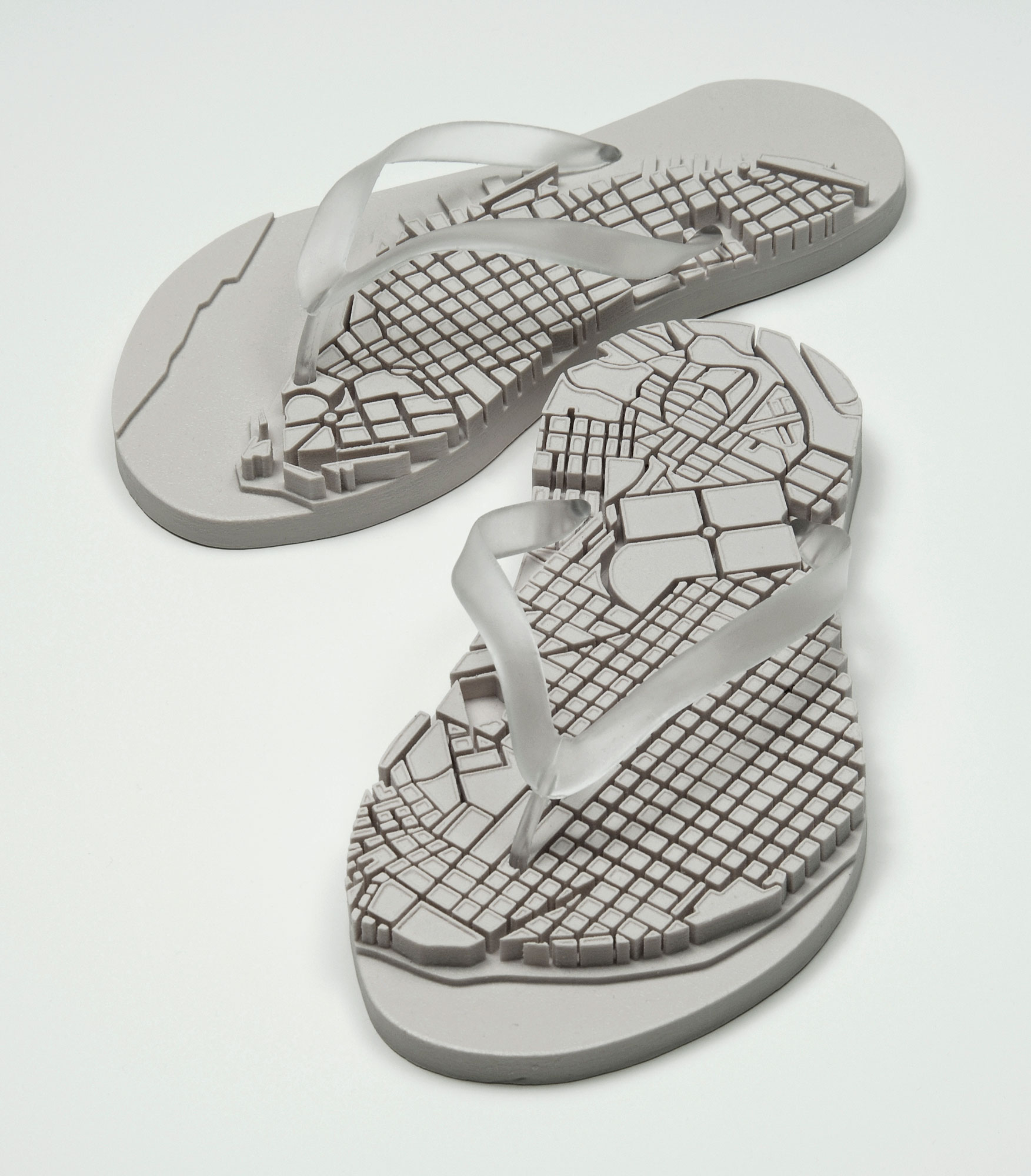 “The sculpture multiple Sandalia is an edition of 60. The object is produced from a rapid prototype model and cast in rubber. By producing a limited edition of rubber sandals with relief maps of Havana neighborhoods on the soles, the artists adapted an ordinary object of mass production into a customized and poeticized icon that speaks of place, identity and culture. Sandalia derives from a series of watercolor drawings of sandals with maps. The right sandal depicts Old Havana, the left Vedado.”

“Over the past decade, Los Carpinteros (Marco Castillo and Dagoberto Rodriguez) have collaborated to develop their own poetic direction that functions in the imprecise boundary between art and craft traditions. Their carefully constructed works use humor to exploit a visual syntax that sets up contradictions among object, function and language.

Los Carpinteros have emerged as a vital force in the new, expanded terrain of global art. They live and work in Havana and Madrid and continue to travel and exhibit globally. For example: a major wall drawing was included in Drawing Now at the Museum of Modern Art-Queens, New York; their Transportable City was exhibited at the 7th Havana Biennial and at PS1 Contemporary Art Center in New York, the Los Angeles County Museum of Art, and the Contemporary Art Museum of Hawaii in Honolulu. In March, 2004 they exhibited a new body of work including drawings and large-scale wood sculptures at Anthony Grant, Inc. in New York City. In 2005 their exhibition Inventing the World premiered at the USF Contemporary Art Museum.”