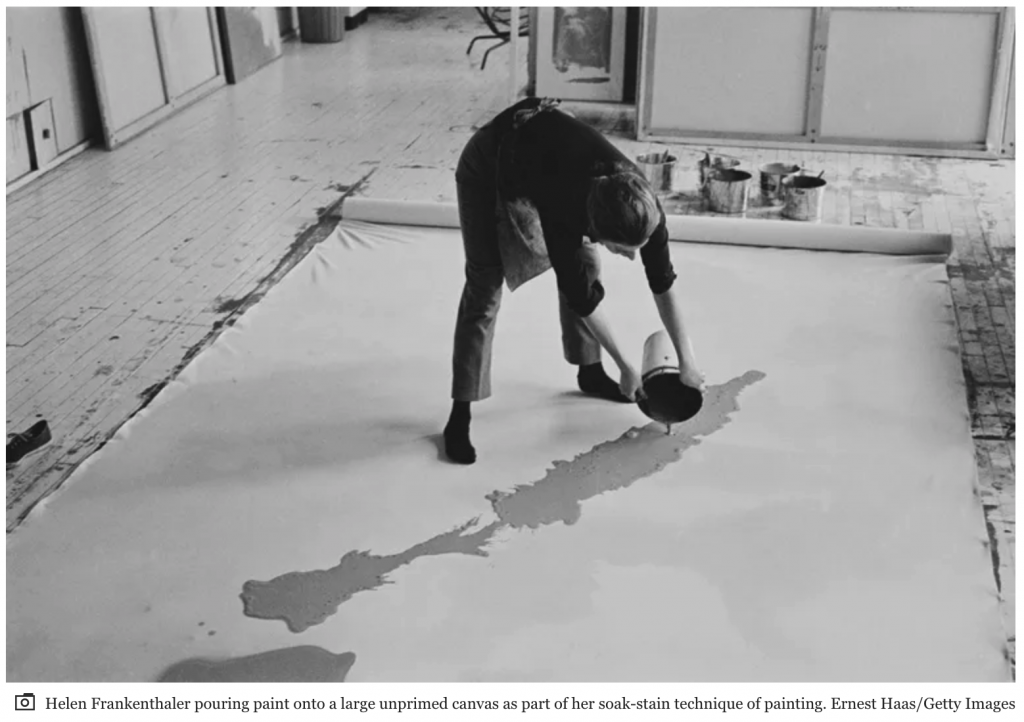 “Helen Frankenthaler (Dec. 12, 1928 – Dec. 27, 2011) was one of America’s greatest artists. She was also one of the few women able to establish a successful art career despite the dominance of men in the field at the time, emerging as one of the leading painters during the period of Abstract Expressionism. She was considered to be part of the second wave of that movement, following on the heels of artists such as Jackson Pollock and Willem de Kooning. She graduated from Bennington College, was well-educated and well-supported in her artistic endeavors, and was fearless in experimenting with new techniques and approaches to art-making. Influenced by Jackson Pollock and other Abstract Expressionists upon moving to NYC, she developed a unique method of painting, the soak-stain technique, in order to create her color field paintings, which were a major influence on such other color-field painters as Morris Louis and Kenneth Noland. 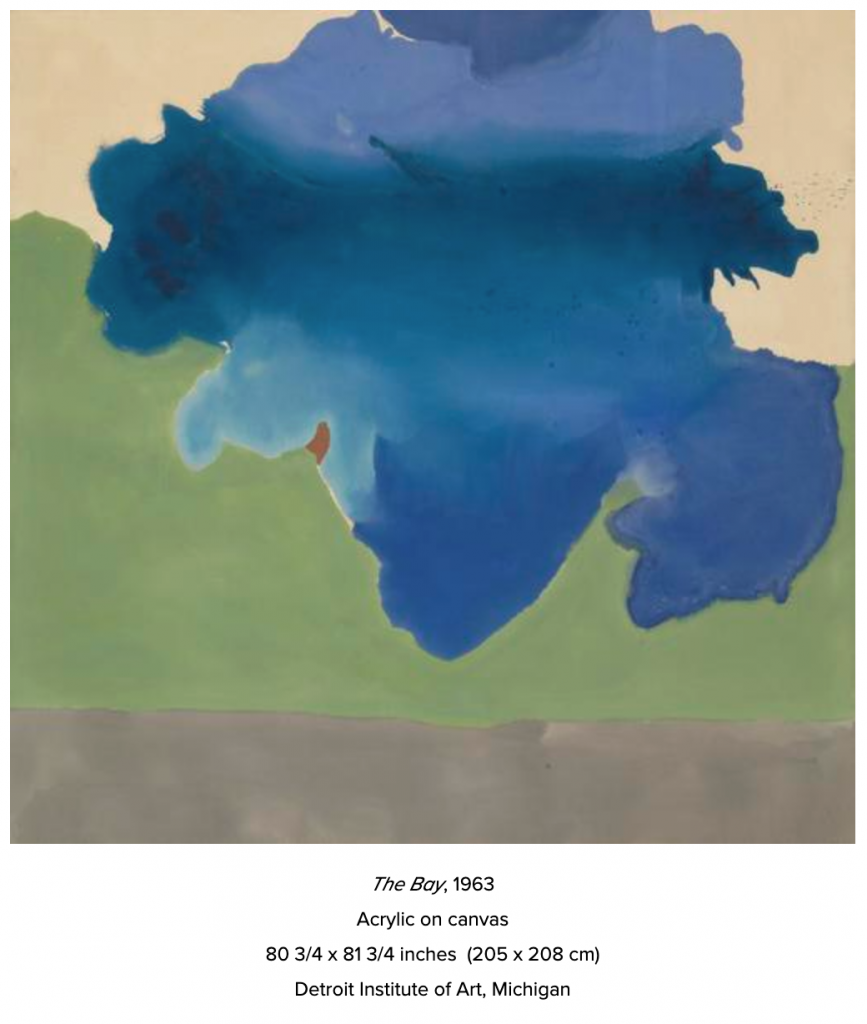 One of her many notable quotes was, “There are no rules. That is how art is born, how breakthroughs happen. Go against the rules or ignore the rules. That is what invention is about.”” [credit] 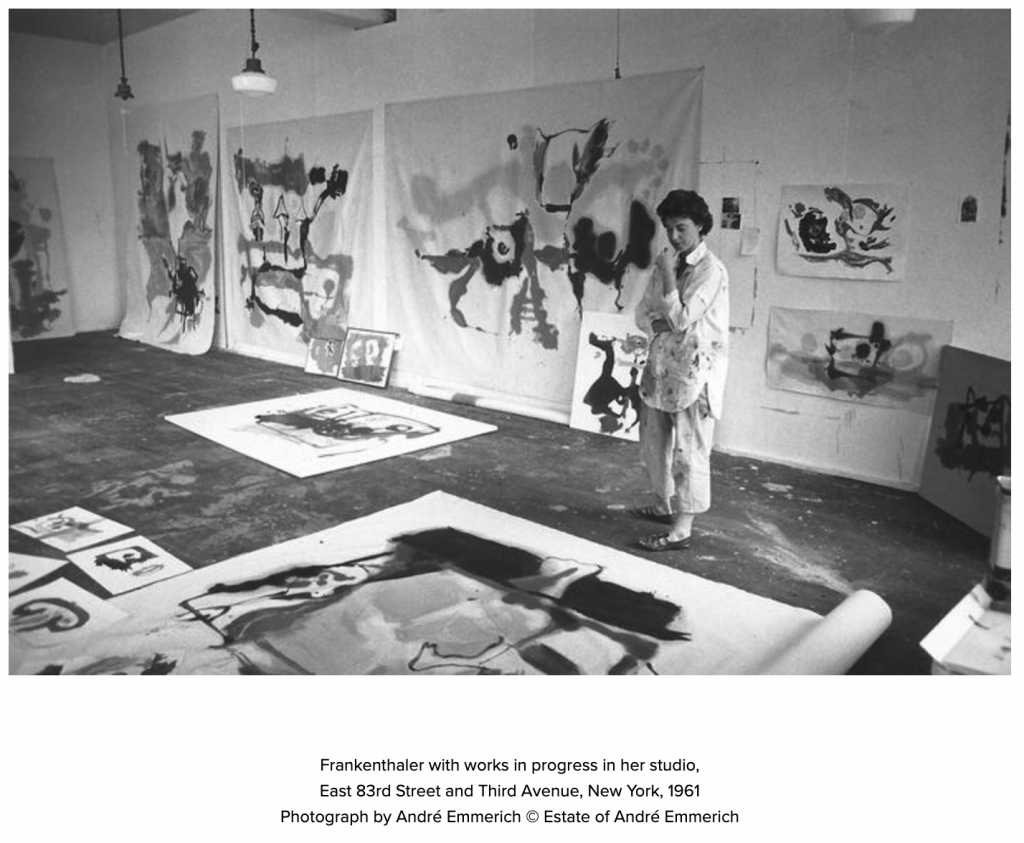