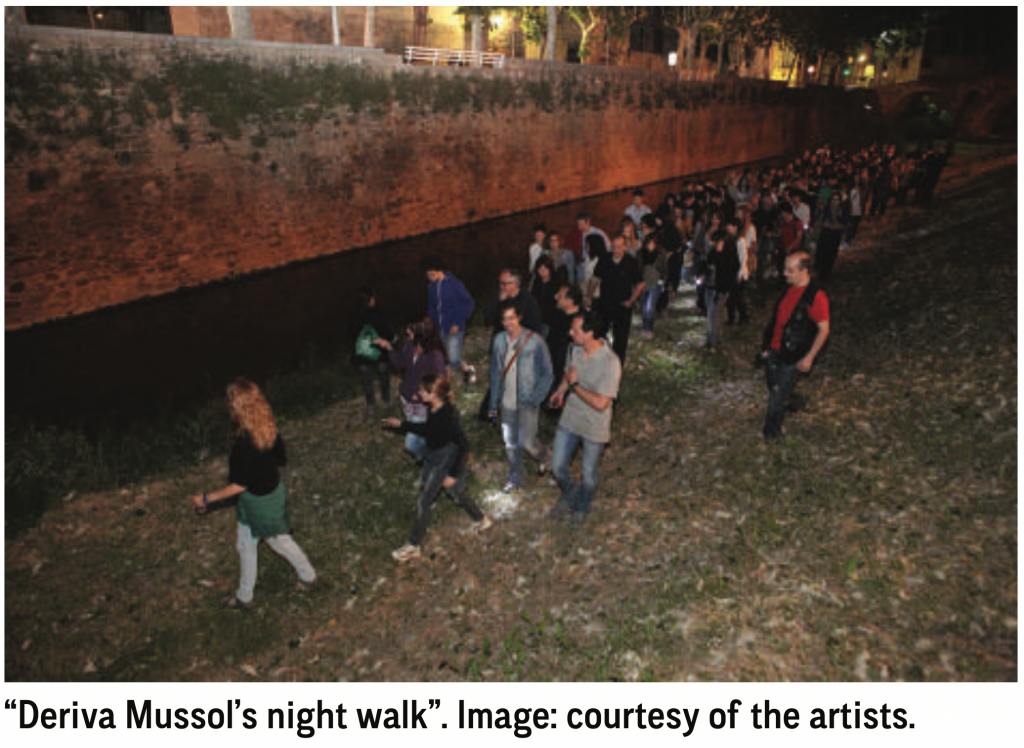 “It was back in 2013, when ACVic, the local arts center of Vic, hos- ted the project Deriva Mussol (its literal translation would be “owl drift”), led by artists Jordi Lafon and Eva Marichalar with the collaboration of the Aula de Teatre (a theater group) of the University of Vic [Barcelona, Spain]. They wanted to collectively create a theatrical proposal that would take place in the streets of Vic. Besides this desire, the only thing they knew is that they wan- ted to open the process of creation to everyone, so that everyone who wanted could participate in it. In order to do so, they invited people to go deriving at night with them through the streets of Vic to wherever the walking would take them. Even though a feeling of awkwardness may awaken to some people when hearing or reading the word “derive” (I would not say it is a really “common” word), in fact, the instructions were so simple that they could be reduced to two key- words: night, walk. Nothing else. The invitation was communicated by ACVic. Everyone was invited. By doing this, they had set up a common ground for secret encounters to happen. At least once per week, different peoples, of different ages, coming from many backgrounds and with different interests walked together without any other expectation than simply this: walking together.

There was nothing that could go wrong. The possibility of doing something wrongly did not exist. Even the common civil laws and social rules of political correctness where almost forgotten thanks to the fact of walking by night guided by curiosity, spontaneity and a playful attitude. Streets were empty; no one was watching. They did 12 derives. Some people went just once and it was okay. Some people participated in all of them and it was also okay. In any case, as Marichalar wrote, a stable group of 10 people was progressively constituted (2013, p. 29). Each deriving session was complemented by another session, called “Parlem” (“let’s talk”) dedicated to talking about the experience. 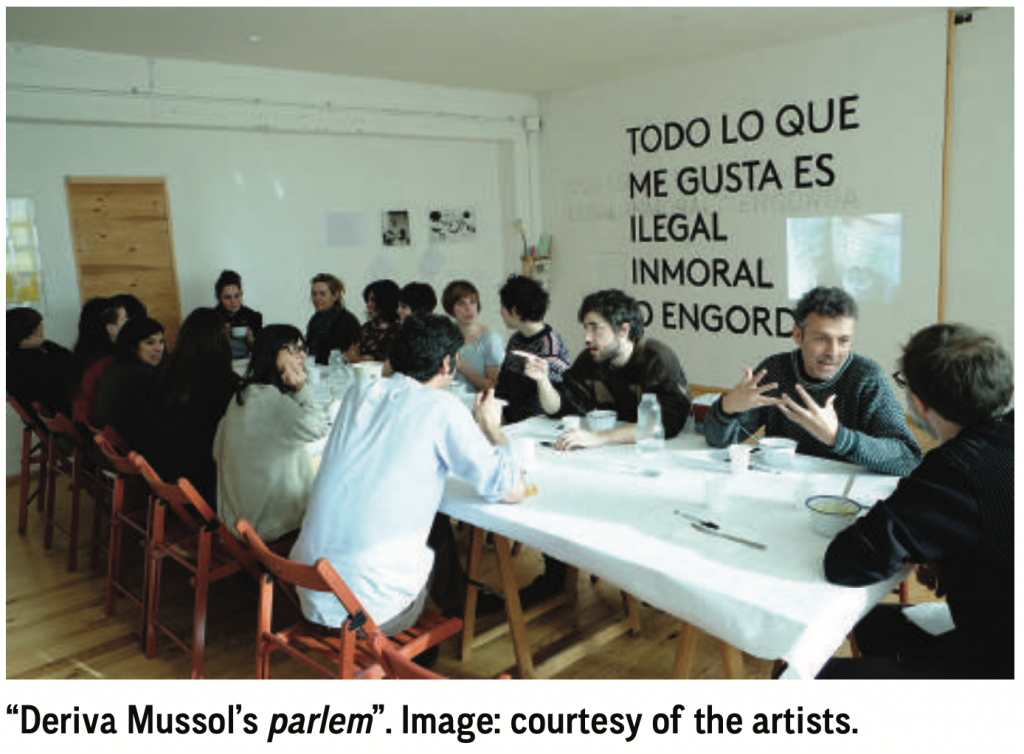 All the members of the group met around a table and shared whatever they wanted to with the others; photos, videos, drawings, maps, thoughts,whatever. After the 12 sessions they had an idea for a theatrical proposal that took finally place and that was presented to the public as a street art performance. From my point of view, the fact that this performance was useful to communicate and share the project with more people is something secondary, if we compare it to the importance that it had for the group of walkers and talkers as a self-representation. In other words, it was a representation of, precisely, themselves as a group; a kind of family.” [credit]