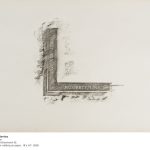 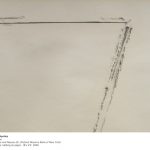 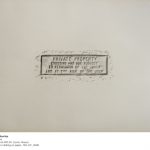 There are seventy rubbings in the series and they were installed as a grid on the wall, with varying dimensions depending on the location. The simple act of tracing in this set of walking-based drawings asks questions about borders, public versus private space, and how people mark space.