Definition of surrealism (credit): “A twentieth-century literary, philosophical and artistic movement that explored the workings of the mind, championing the irrational, the poetic and the revolutionary”

“As André Breton transferred his alliance [from Dada] to Surrealism, he continued hosting nocturnal strolls. In his 1937 novel with Jacqueline Lamba, “L’Amour Fou,” “he evokes the clamour of workers as well as revellers as they linger in the area, along with vegetables and rubbish spilling on the pavements and a profusion of other sensory experiences…past other personal ‘hubs’ in Breton’s sense of the city’s geography.”” (credit; David Pinder, “Urban Encounters: derives from Surrealism”) 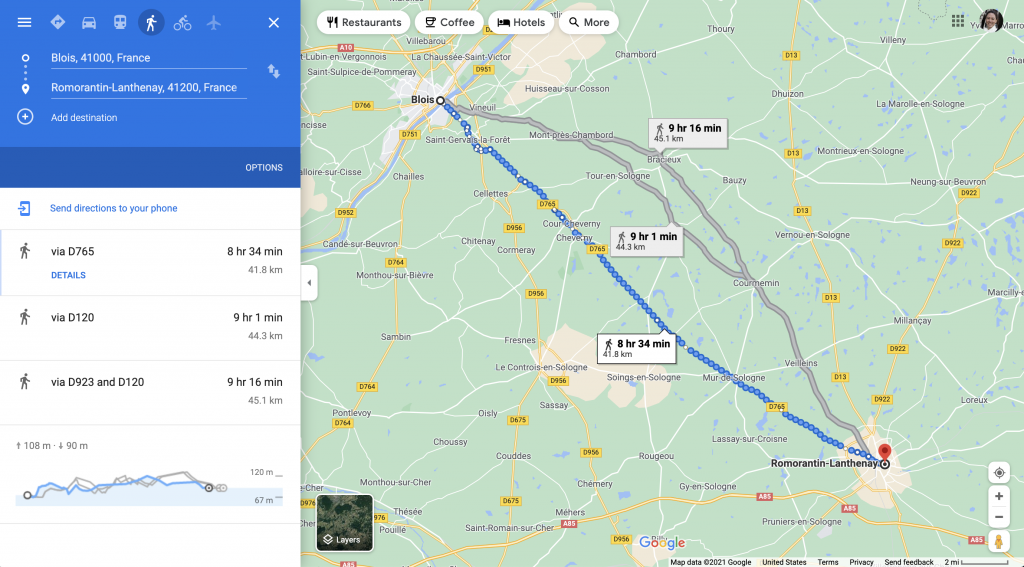 Walk from Blois to Romorantin

In May 1924 the three founders of surrealism [including André Breton] set off haphazardly on foot on a 10-day stroll from Blois, a town picked at random from a map, to Romorantin (28 miles). Largely they “resolutely followed their lack of itinerary”, composing automatic texts during rest stops, and explored the relationship between waking life and dream life. The trip was peppered with hostility, fatigue, and disorientation, so they cut the erratic journey short.

This and further déambulations, or hypnosis via walking with disorienting loss of control, practised on the outskirts of Paris, were found expression in three novels:

“For the surrealists walking was about chance encounters and irrational meetings, an inspiration for their experimental writing (source).”