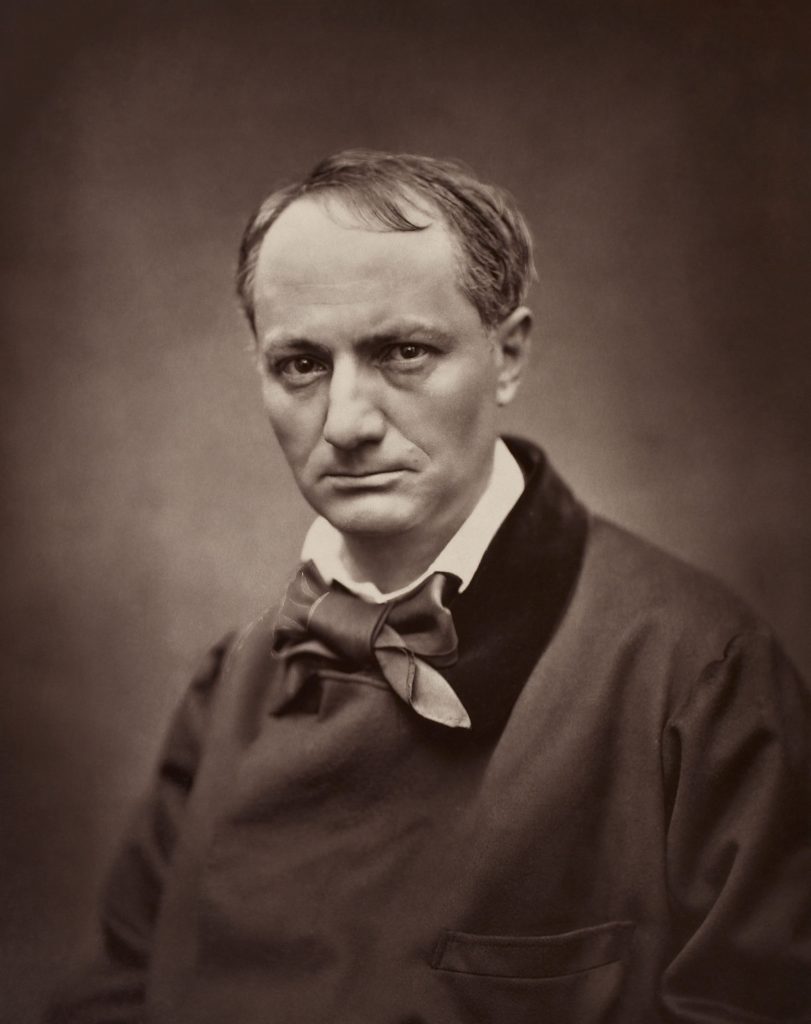 “Charles Baudelaire was a French poet born on April 9, 1821, in Paris, France. In 1845, he published his first work. Baudelaire gained notoriety for his 1857 volume of poems, Les Fleurs du mal (The Flowers of Evil). His themes of sex, death, lesbianism, metamorphosis, depression, urban corruption, lost innocence and alcohol not only gained him loyal followers, but also garnered controversy. The courts punished Baudelaire, his publisher and the book’s printer for offending public morality, and as such, suppressed six of the poems. Baudelaire died on August 31, 1867 in Paris.” (credit)

“The concept of the flâneur, the casual wanderer, observer and reporter of street-life in the modern city, was first explored, at length, in the writings of Baudelaire.  Baudelaire’s flâneur, an aesthete and dandy, wandered the streets and arcades of nineteenth-century Paris looking at and listening to the kaleidoscopic manifestations of the life of a modern city.  The flâneur’s method and the meaning of his activities were bound together, one with the other. ” (credit)