For this short assignment, you must demonstrate you can execute the following skills:

GRADING: .5 points per skill demonstrated above

Single Wall Corrugated Cardboard: Single layer of flutes (those wavy things) between two layers (called liners) of cardboard, which comes in different thicknesses. Check out the size of the flutes – the smallest flute (somewhere in the middle of the stack) is in a USPS priority mail box. 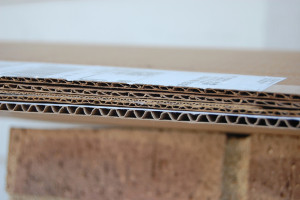 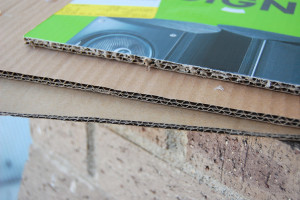 Ways of manipulating the cardboard:

– Cutting: use a box cutter/Xacto and a cutting mat (do not damage tables, floors, or other surfaces)
– avoid including pre-existent creases in your shapes, unless you want them for a particular reason. These are weakened areas in the cardboard. 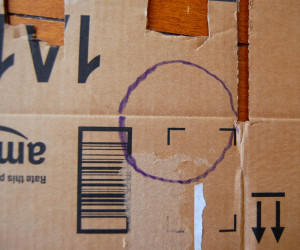 – Folding: use a blunt tool (like the back end of a pen) to score the cardboard to make folding easier; try to fold along the flutes (inner layer) of the cardboard whenever possible
– You want your fold line to be parallel to the flutes- this way you only distort one or two flutes in the fold and the rest of the piece remains strong. If the cardboard is especially thick, you might need to score the fold line first. 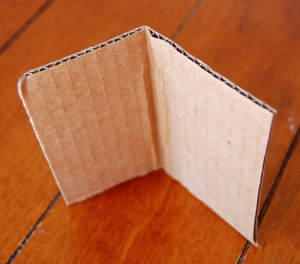 – Rolling: like making a series of gentle bends to attain a curve. Again this is done with the bends parallel to the flutes. 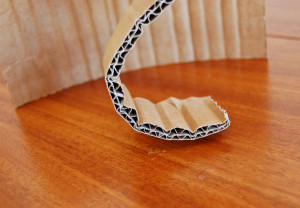 – Laminate: (glue together many layers) of cardboard, and then cut them out on a bandsaw or other long blade (BE CAREFUL)
– Gluing: use hot glue (High Temperature – the kind you buy at the hardware store, not low-temp crafters version) or other craft glues to adhere the cardboard together
– Sewing/Riveting: sometimes the easiest way to connect two pieces is via sewing, or riveting them together 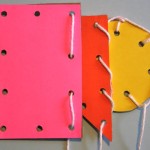 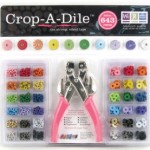 – Taping: if you use tape, use paper tape, NOT plastic packaging tape or masking tape 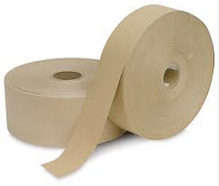 – Assembling Without Glue: If you are working with a cardboard box, you can assemble the usual box-way, for instance, tucking in the flaps: 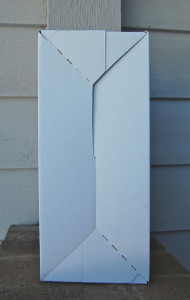 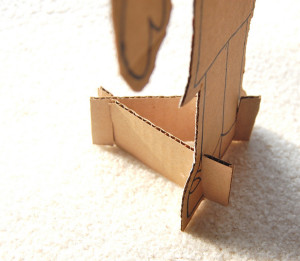 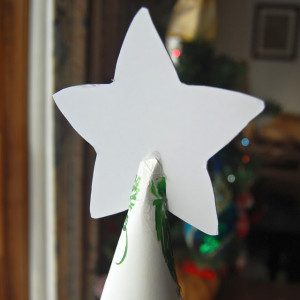 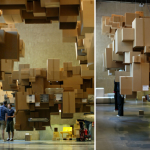 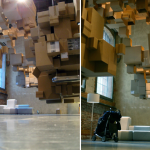 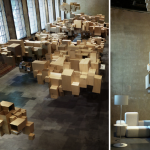 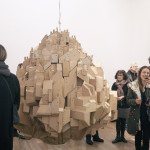 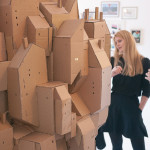 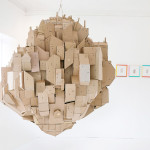 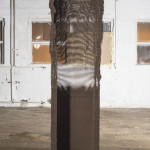 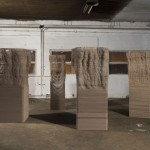 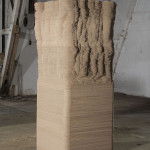 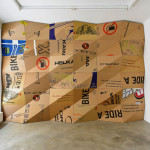