“How to Talk to Someone about Privilege…”

To My White Friends Who See Tragedy in the Black Community and Say Nothing, Make it Personal, published by Huffington Post on June 26, 2015

‘We need co-conspirators, not allies’: how white Americans can fight racism, published by The Guardian on June 26, 2015

Be Less Racist: 12 Tips for White Dudes, by A White Dude, published by Mash-up Americans

7 Ways To Be A White Ally For Charleston And The Black Community, published by Huffington Post on June 19, 2015

10 Things All White Folks Need to Consider about the #BaltimoreUprising, published by Everyday Feminism on April 29, 2015

11 Things White People Can Do to Be Real Anti-Racist Allies, published by AlterNet on April 27, 2015

6 things I wish people understood about being biracial, published by Vox on March 11, 2015 (This one is not specifically addressed to White people but many would benefit from reading it.)

What white people need to know, and do, after Ferguson, published by The Washington Post on November 28, 2014

12 Things White People Can Actually Do After the Ferguson Decision, published by Huffington Post on November 26, 2014

To follow sources that publish such articles, find an extensive listing here. If these articles leave you with unanswered questions, there’s now even a website devoted to answering the questions of White Americans: askawhiteperson.com. Native Americans Get Shot By Cops at an Astonishing Rate, published by Mother Jones on July 15, 2015

Slavery to Mass Incarceration, a five-minute video, narrated by Bryan Stevenson of the Equal Justice Initiative, that concisely contextualizes mass incarceration as an evolution of slavery, published on July 7, 2015

I, Racist: Why I don’t talk about race with White people, published by Medium on July 6, 2015

The Atlantic Slave Trade in Two Minutes, a short video that provides a “haunting” glimpse into the mass abduction, abuse, and murder of Black people that lasted centuries, published by Slate Magazine on June 25, 2015

We Need To Talk About White Culture, published by The Daily Beast on June 19, 2015

Historian Says Don’t ‘Sanitize’ How Our Government Created Ghettos, a 35-minute interview with Historian Richard Rothstein, in which he links current racial inequities directly to past governmental policies, from NPR’s Fresh Air on May 14, 2015

White Fragility: Why It’s So Hard to Talk to White People About Racism, published by The Good Men Project on April 9, 2015

Only Part of the Story Is Being Told About the Police Shooting in Pasco, published by Time on March 3, 2015

Our Anti-Immigrant Racism Is Rooted in History, published by Common Dreams on February 17, 2015

If Anyone Ever Questioned How White Privilege Manifested Itself in America This Is The Perfect Illustration, a five-minute video excerpt showing that, though race is a social construction with no scientific basis, governmental policy systematically gave it social and economic significance–all to the benefit of White Americans over the course of centuries–from Atlanta Blackstar on February 2, 2015

We Can’t ‘Get Over It’: 4 Ways Understanding Past Wrongs Can Create Better Indigenous Allies, published by Everyday Feminism on January 15, 2015

Why Ferguson Should Matter to Asian-Americans, published by Time on November 26, 2014 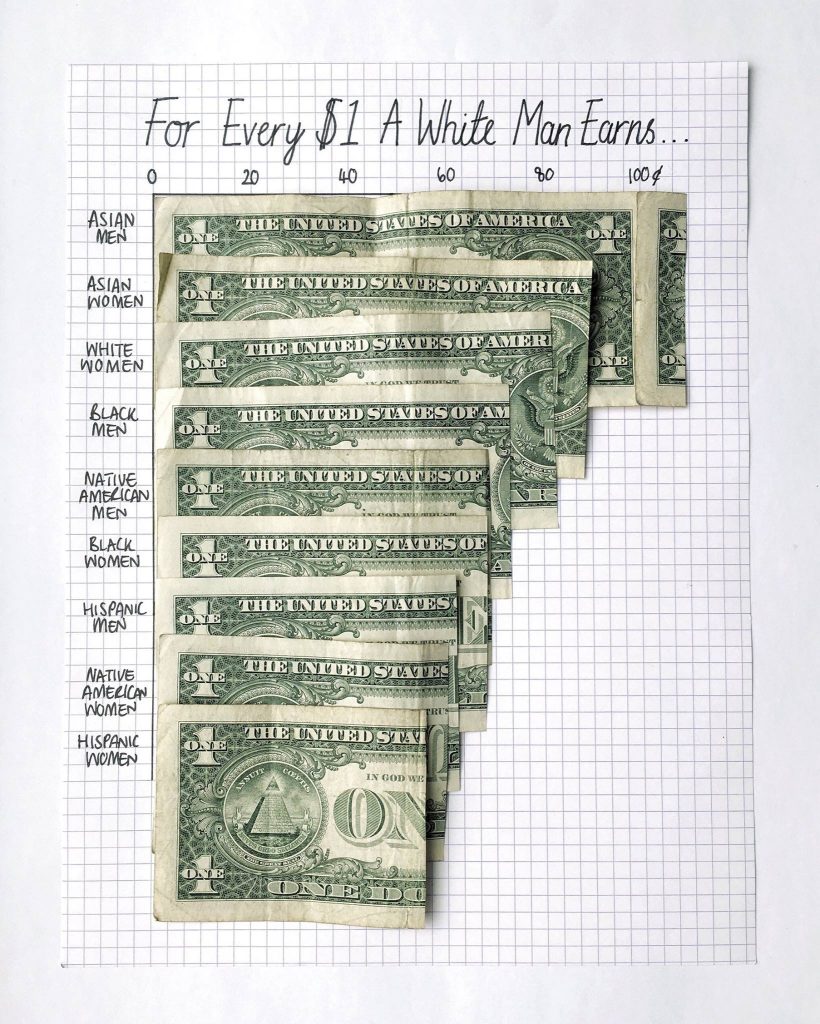 Don’t Be a Sucker – 1947
“In this anti-fascist film produced by [the] US Military in the wake of WWII, the producers deconstruct the politically motivated social engineering of Germany by the Nazi regime.”

Southern Poverty Law Center
“The SPLC is dedicated to fighting hate and bigotry and to seeking justice for the most vulnerable members of our society. Using litigation, education, and other forms of advocacy, the SPLC works toward the day when the ideals of equal justice and equal opportunity will be a reality.”

Ten Ways to Fight Hate
“Ten Ways to Fight Hate, which has been updated for 2017, sets out 10 principles for taking action, including how to respond to a hate rally that has targeted your town. It urges people not to engage white supremacists at their rallies. Instead, it offers tips for creating alternative rallies to promote peace, inclusion and justice.”

Oath and Opposition: Education under the Third Reich
“The Museum has developed . . . materials  . . . to help today’s educators explore the pressures teachers felt under the Nazi regime, the range of decisions individuals made in the face of those pressures, and the relevance of this history now.” (This rich resource includes a number of case studies you could use with your classes.)

Anti-Defamation League (ADL)
“Founded in 1913, the Anti-Defamation League (ADL) is our nation’s premier civil rights/human relations organization. We have a distinguished history of reminding the world just how tenuous civil rights are and we mobilize people to engage in reasonable discourse as together we find solutions to serve our diverse society.” See their website’s extensive Education & Resources section as well as their definition and historical explanation of anti-Semitism.

University of Southern California Shoah Foundation Lesson Plans
“Dedicated to making audio-visual interviews with survivors and witnesses of the Holocaust and other genocides a compelling voice for education and action.”

Antisemitism and the Bystander Effect
“Students will watch testimonies from survivors of and witnesses to historical and contemporary antisemitism who describe the consequences of the bystander effect in their own lives. Students will construct a social media message for the #BeginsWithMe campaign that describes their own plan to counter bystander behavior.”

100 Days to Inspire Respect
“At a time of heightened political uncertainty and polarization, middle and high school teachers are in need of easy-to-use resources that encourage their students to grapple with some of the most difficult but important topics: hate, racism, intolerance and xenophobia. ‘100 Days to Inspire Respect’ provides educators with 100 thought-provoking resources that tackle these challenging topics and more.”

Celebrating LGBTQ Black History Month (by GSA Network) – LGBTQ Black folks have been major contributors to society and social justice movements for hundreds of years!  Follow this link for a list of historical figures, timelines, and more!

Nuestras Historías, Nuestro Arcoíris; Our Stories, Our Rainbow (by GSA Network) – Lesbian, Gay, Bisexual, Transgender, Questioning (LGBTQ) Latina/o people have been major contributors to the United States in everything from the arts, politics, and social justice movements.  Follow this link for a list of historical figures, timelines, and more!

High School LGBTQ Studies Curriculum – San Francisco School of the Arts teacher Lyndsay Schlax recently debuted the first ever LGBTQ studies course implemented in a public high school. On her classroom page can be found a tentative but substantial framework for a comprehensive LGBTQ curriculum! Being among the first of its kind it is dynamic and liable to change, and so should prove to be an evolving resource for those inspired to model after or even follow suit. Check her out!

Fair Classrooms – Will Grant, educator and administrator, orchestrates this website as an offering ground for workshops, resources, and consulting to help teachers and administrators include gay and lesbian history into their existing courses.