We will use objects you find – sticks, tennis balls, or poles dipped in ink; an extended tool such as charcoal attached to a stick or paintbrush, rolling pins in charcoal/graphite powder, and other materials – to make marks in unconventional ways.

Inspired by the appendages created by the artist Rebecca Horn and the massive brushes constructed by Fabienne Verdier, we will construct our own tools to create atmospheres, marks, and images of the human figure. 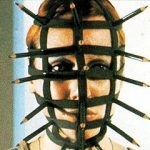 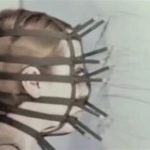 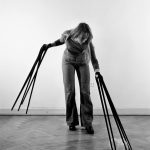 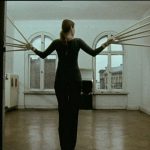 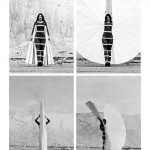 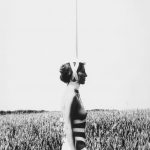 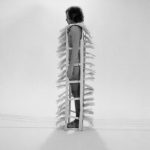 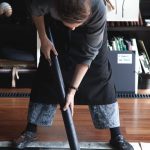 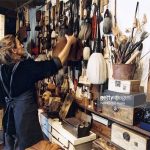 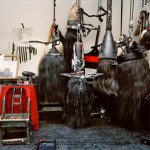 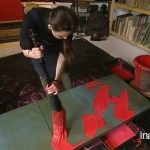 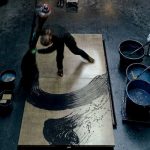 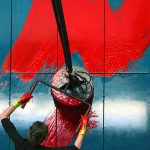 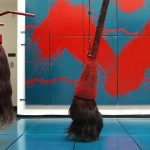 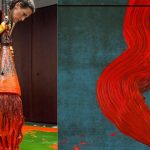 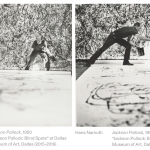 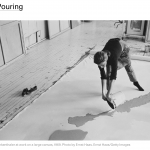 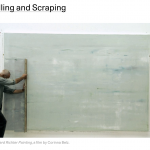 “While working with toxic materials as a student, German artist Rebecca Horn contracted lung poisoning and was sent to a sanitarium for about a year between 1968 and 1969, during which time she was often bedridden and isolated from the outside world. Tragically, her parents also passed away while she was hospitalized. For two years afterward she continued to live in seclusion as she fully recovered, physically weakened for long periods of time and unable to visit with friends or family. This experience led Horn to experiment with individualized body extensions as a coping strategy. She sought new ways to engage with herself and with others, explaining that with extreme fever, “you crave to grow out of your own body and merge with the other person’s body, to seek refuge in it” (quoted in Body Landscapes, 190). Alone and incapacitated, Horn cautiously explored her personal space and how her body could interact with her surrounding environment, creating pieces out of fabric, feathers, and wood that allowed the wearer to expand their grasp of their surroundings through invented rituals. Many of her ideas were visually influenced by the hospital setting, including designs that involve large bandages, body trusses, and prostheses. Her staged performances, which were often produced as films, featured both her and actors in various roles executing specific movements. When incorporated into these studied, often intimate scenes, the objects themselves become imbued with symbolic, mythological power in their relation to the wearer, through which Horn forges ambiguous but weighty narratives.”  – Credit