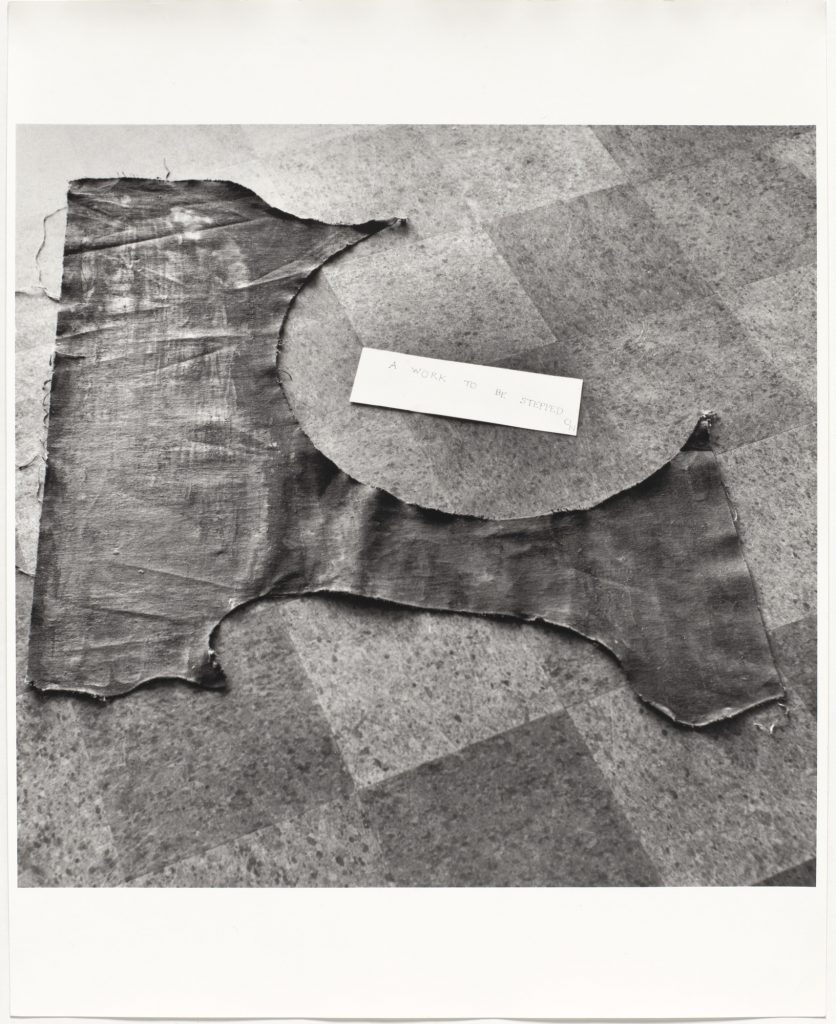 “Leave a piece of canvas or finished painting on the floor or street.”

Variation for the classroom:

Consider Painting to be Stepped On by Yoko Ono, which states, “Leave a piece of canvas or finished painting on the floor or street.”

“Narrator: In July 1961, George Maciunas, an architect, designer, and co-director of the AG Gallery offered Ono her first solo show.

Yoko Ono: And I said, oh my god, this is the first time somebody wanted to do my show. I went to an Army surplus shop. There was a rolled canvas – it was just in a corner. I said could I buy this? He said – sure. And I went home to the loft, and I started to cut pieces.

And I just felt so good about it because I never thought I wanted to do it, like, you know, stretch the canvas. I thought that was rather contrived, and everybody was doing that.

And I thought that was beautiful, you know, different kind of beauty. And the fact that each one had a function that was totally different from each other, and that, too, I thought was very important.

So it was a very strange show. It’s right in the middle of the summer and was very hot in New York. I think the first opening, five people came. One was John Cage, one was Isamu Noguchi. And whenever they came, I started to explain what the function of each painting was.

And I thought, well, I can’t do that. I just have to have something written, you know? Each one had an instructions.

I just wanted to make those things. And I wasn’t thinking how many people saw it or, you know, that kind of thing. In other words, there was a certain pride in what I did, for myself.”