Here are two variations of “Map Piece” by Yoko Ono. Select the one that resonates with you and document your results. Share with the class.

Yoko Ono’s “Map Piece” (1962) takes the form of a set of instructions. It reverses the normal order of things: First you make the map, then you actualize it on the landscape, and finally you uncover the place’s name. 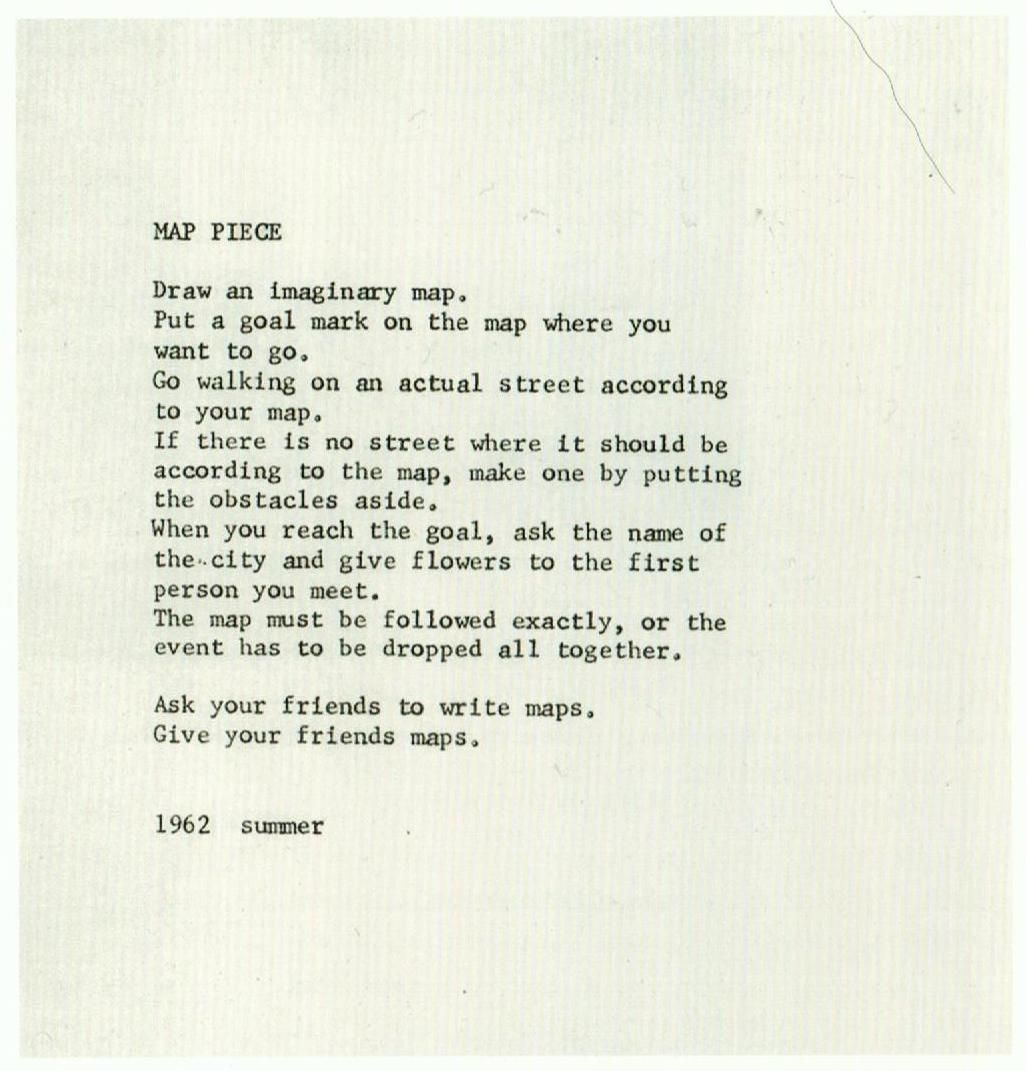 When she returned to “Map Piece” two years later (1964), Yoko Ono inverted our entire idea of a map. We use maps to locate ourselves, but how would you “Draw a map to get lost”? 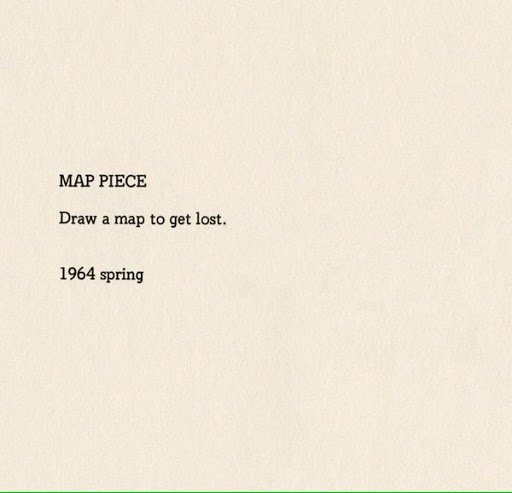