“Joe Bateman’s expansive video works present the artist adopting the persona of a post­ apocalyptic survivor in a perfectly ordinary English landscape, roaming free. Without any machinery or means of transport, he walks everywhere on foot. He appears as a kind of tragic or sacrificial figure – the “ghost of the environment future”, perhaps. His anomalous behavior is meant to make us question our own.

For a large part of the work, every cue suggests that civilization has ended and only solitary hermits remain alive, scavenging for roadkill for sustenance. The picturesque landscape suggests that the character inhabits a rural and suburban version of the film ’28 Days Later’. Only some way into the work we realize that, with the protagonist excepted, life continues unabated – albeit invisible to him.

The work recalls the philosopher Giorgio Agamben’s best-known book Homo Sacer: Sovereign Power and Bare Life of 1998. Agamben and Bateman allow us to imagine what unadorned ‘bare life’ might yet look like when the fossil fuels under our feet are exhausted. At this point, when production grinds to a halt, our cities will become uninhabitable and we will be forced to give up the idea that we control the planet, rather than vice versa. Bateman’s character also resembles Agamben’s description of Roman criminals whose punishment was to be excluded from all society and have their rights as citizens revoked. Their exclusion meant they became sacred men (‘homo sacer’), akin to holy fools.” 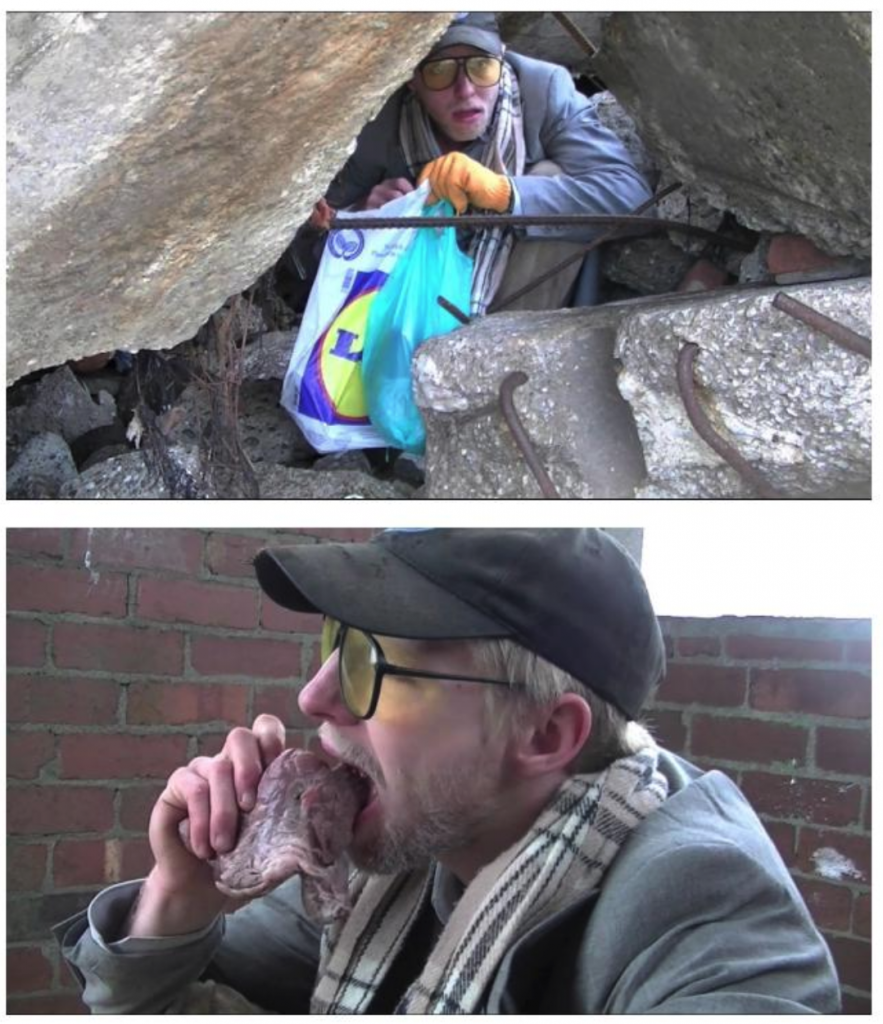